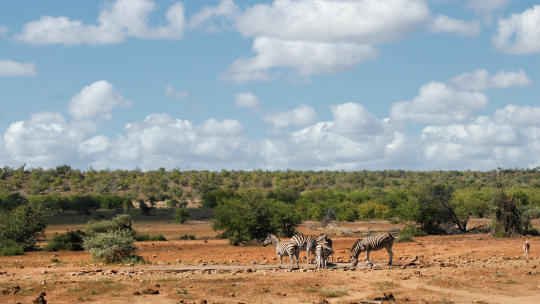 Poaching is an epidemic in southern Africa. To watch many beautiful animals, particularly rhinos and elephants, decline in numbers at a rapid rate is a tragedy.

There are various poaching detection technologies available including perimeter, ground, aerial, sensor and animal tagging. They all have their strengths but poaching statistics keep increasing and the need for new approaches that provide better protection against poaching is urgent.

Madikwe Game Reserve is currently the fifth largest game reserve in South Africa and has to work hard to protect its wildlife from those who want to poach and harm the animals, as well as to protect those who work to keep them safe.

Security BIS was tasked with enhancing the security and surveillance operations at Madikwe to prevent poaching.

Some perimeter security systems are combined with video surveillance, but they often prove ineffective. Since animals often bump the fence, such systems generate false alarms, so security staff can’t possibly monitor all the events and easily miss real threats when poachers invaded the park. This is not the case with AxxonSoft.

Over 100 cameras now track the movement of animals, people and cars in Madikwe, using facial and licence plate recognition technology and object tracking. The system uses deep learning technology to detect the difference between humans and animals.

As soon as there is a breach, the surveillance control centre is immediately notified. Cameras are used to identify where the breach has occurred. The control centre immediately gets all the necessary information and the anti-poaching unit is dispatched. This has proved very successful in preventing killings as the team is able to get to the scene of the crime quickly.

AxxonSoft’s global team worked tirelessly to create a system that addresses poaching head on. They pioneered a new video surveillance implementation of deep learning technology that could detect the difference between humans and animals.

By installing cameras around the perimeter of parks and game reserves, security forces can adapt their approach to poaching. Rather than constantly trying to apprehend criminals in the aftermath of poaching incidents, they can immediately send rangers and/or camera drones to hotspots when alerted by a smart software system that red flags likely poachers before a crime is even committed. Rangers can move from a reactive to a proactive response.

Thanks to AxxonSoft’s solution based on self-learning and neural networks, Madikwe can now differentiate between animals and people to prevent poaching. This anti-poaching solution aids in drastically reducing the upsetting poaching statistics.

© 2020 SecurityBis is an award-winning security and surveillance distributor in South Africa.